According to the public relations of Bushehr Management and Planning Organization, a quarterly press conference was held with the media on Wednesday, 12/11/1400, in the presence of the esteemed head of Bushehr Management and Planning Organization, on the subject of the President’s visit to the province. In this meeting, which is held every three months with the local media, Dr. Darvishi said:

According to the President’s visit to Bushehr province on October 7, 2021, 93 projects with a credit of 4,950 billion tomans were approved.

In addition to the above, $ 920 million has been allocated to complete two major projects, including Dena Petrochemical and replacing foreign-made or foreign-flagged vessels with domestically built vessels.

Of the total obligations of the Management and Planning Organization in 1400, more than 75% of the approved credit (1134 billion Tomans) has been allocated so far that 851 billion Tomans have been assigned to the President’s travel projects in Bushehr province in 4 stages.

He added: Regarding the approvals of the presidential trip, we have witnessed very positive events for the province, so that 851 billion tomans have been allocated so far, and its distribution in different sectors is as follows:

In the field of industry, 62 billion tomans have been allocated: Of this amount, 25 billion tomans have been allocated to the Industrial Towns Company as the custodian of the region to set up a special economic zone in the north of Bushehr province and create infrastructure. Also, 6 billion tomans of credit have been considered to implement the electricity transmission line in the special economic zone of the north of the province. The exact amount of credit is to be invested by the Industrial Towns Company, which is being planned.

82 billion tomans were allocated for cultural and sports projects:

Twenty-five billion tomans are for Assaluyeh Cultural and Artistic Complex. Still, its completion requires twice this credit, and if the commitment of the Strategic Petrochemical Council is fulfilled, we will see the project operational next year.

In this section, projects such as Dehroud Dashtestan Dam, water transmission line from Khayez Dam, whose initial estimate is 150 billion Tomans, and the purchase of water from the desalination plant of the nuclear power plant is among the approvals during the President’s visit. Tehran and its notification by the government or Article 23 permission to allocate a budget line.

According to the allocated credits, 37% of the approved credits of Bushehr province have been realized so far, and 63% have not been realized yet. But the allocation of the obligations of the country’s program and budget organization in 1400 has been achieved by 75%.

The deadline for allocating and attracting credit for the current fiscal year is the end of July 1401. Also, not realizing the budget does not mean returning the budget.

Of the total approved credit of the province, 954 billion Tomans is related to oil, of which 189 billion Tomans, equivalent to 20%, has been realized so far.

The press conference ended with questions from reporters. 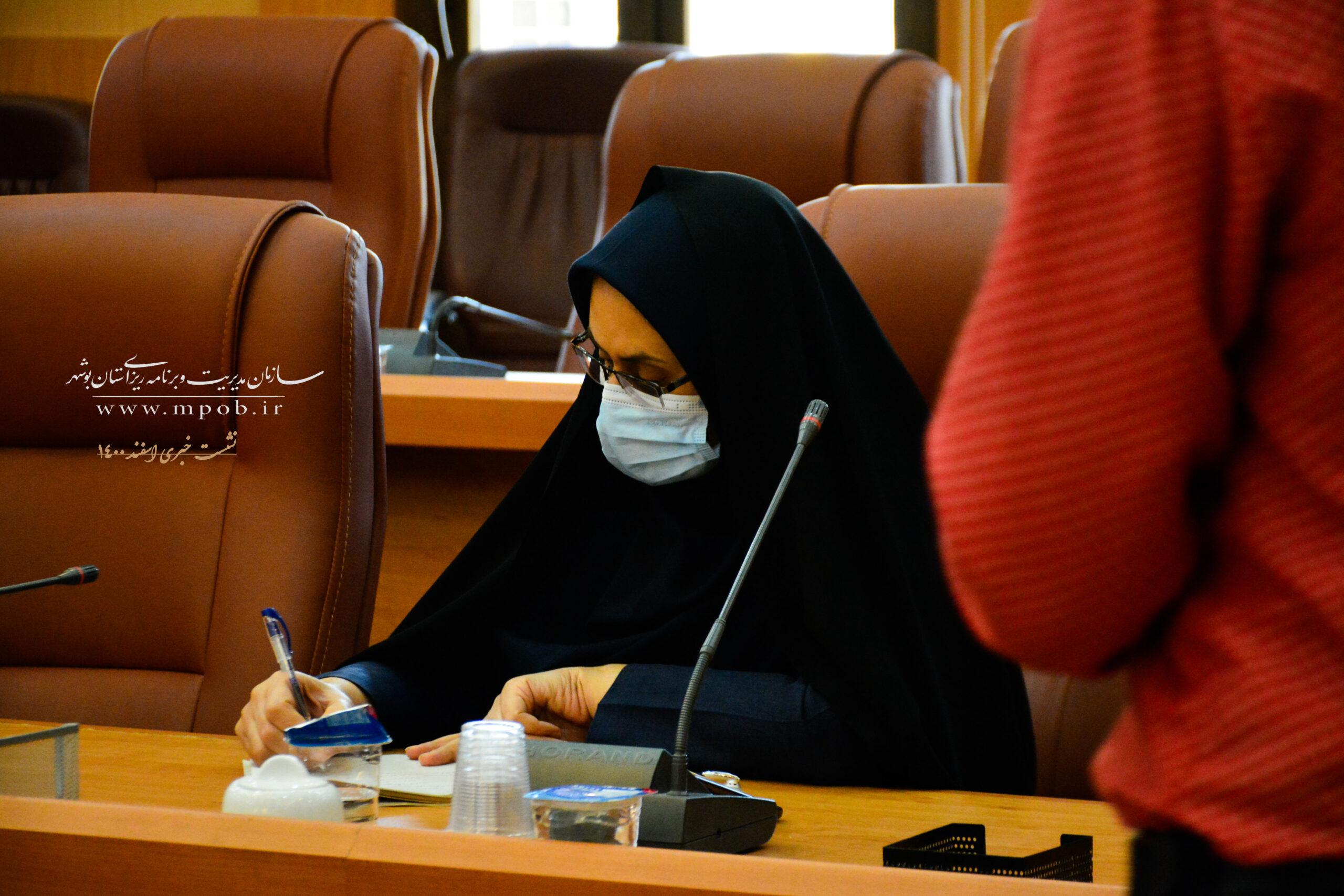 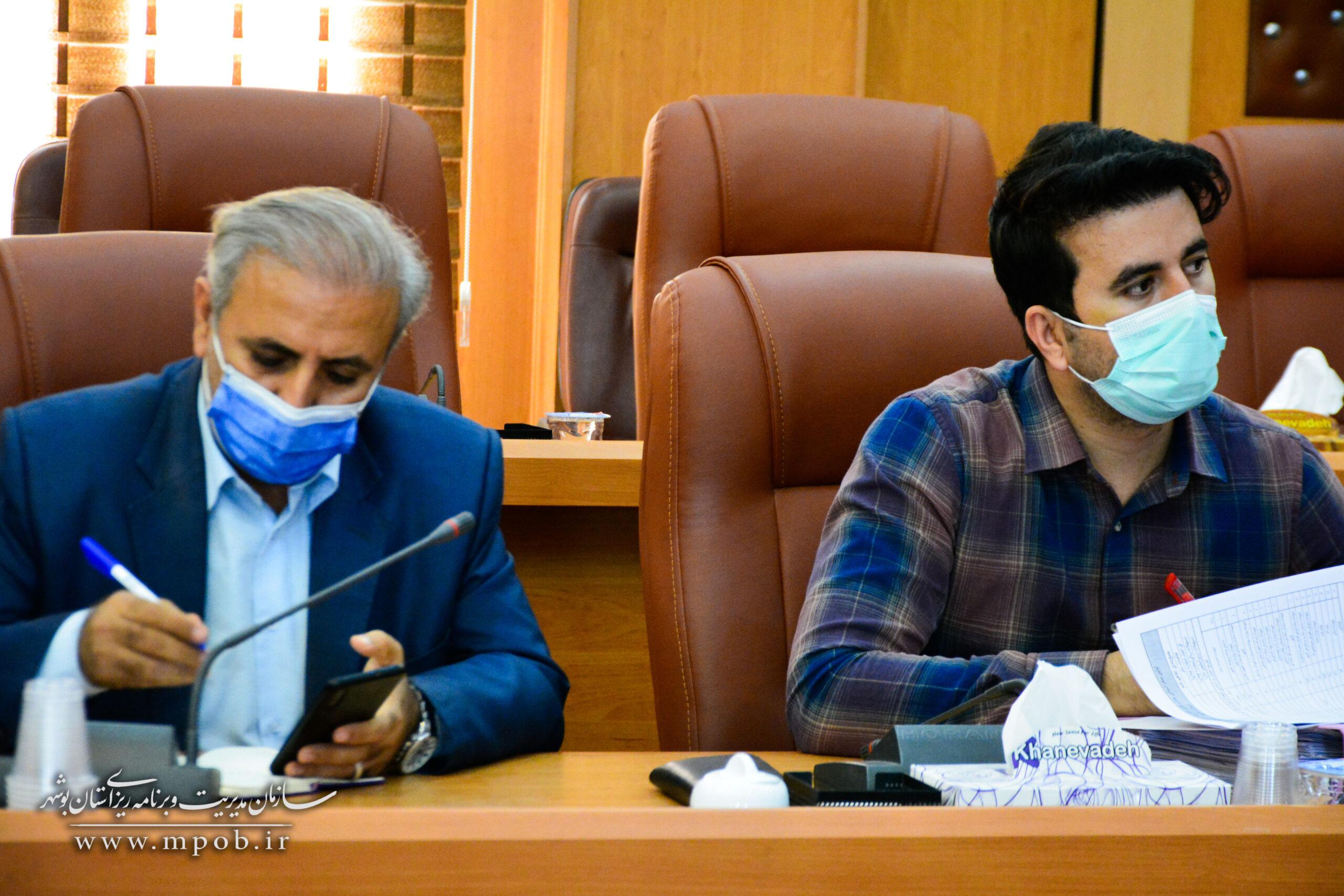 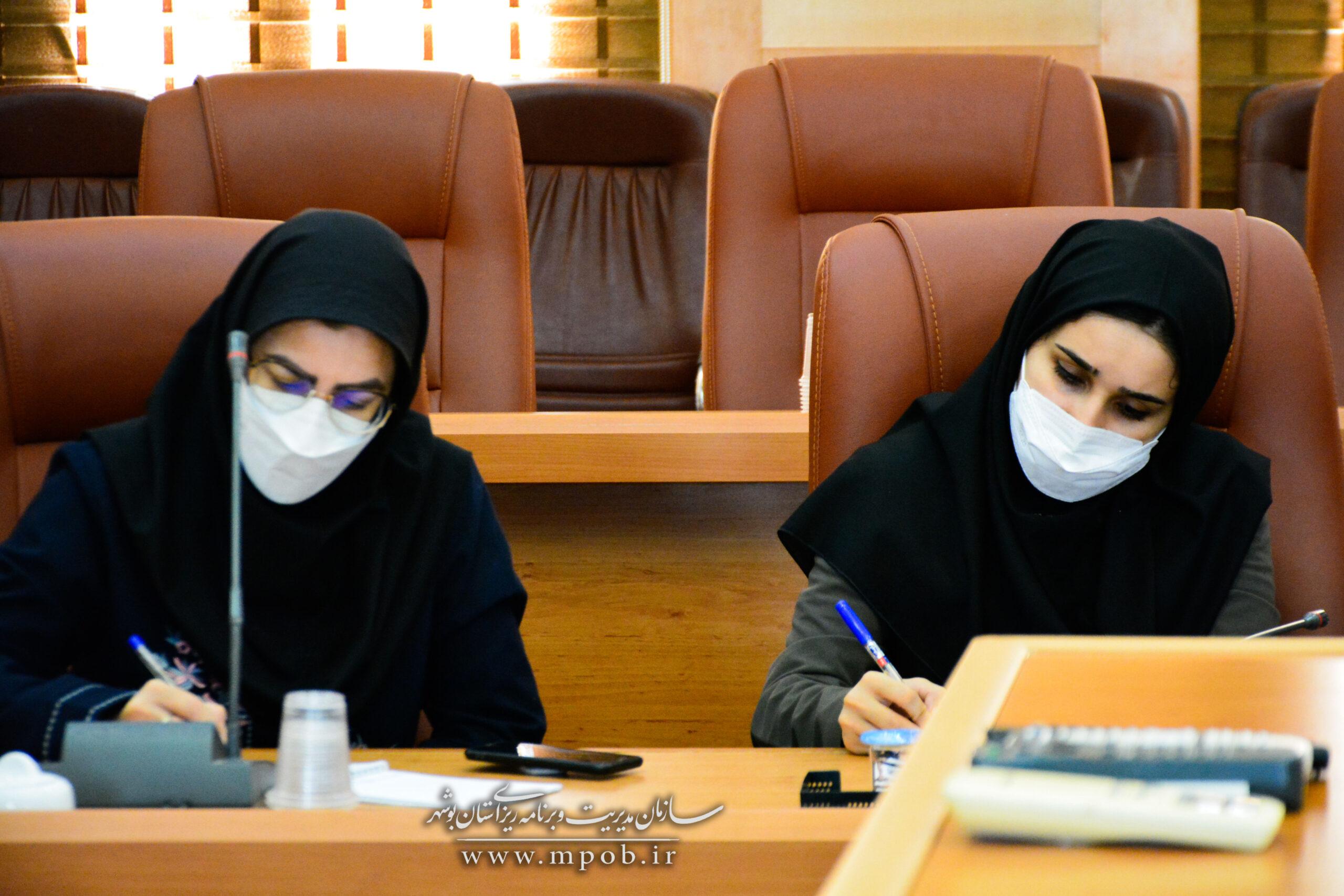 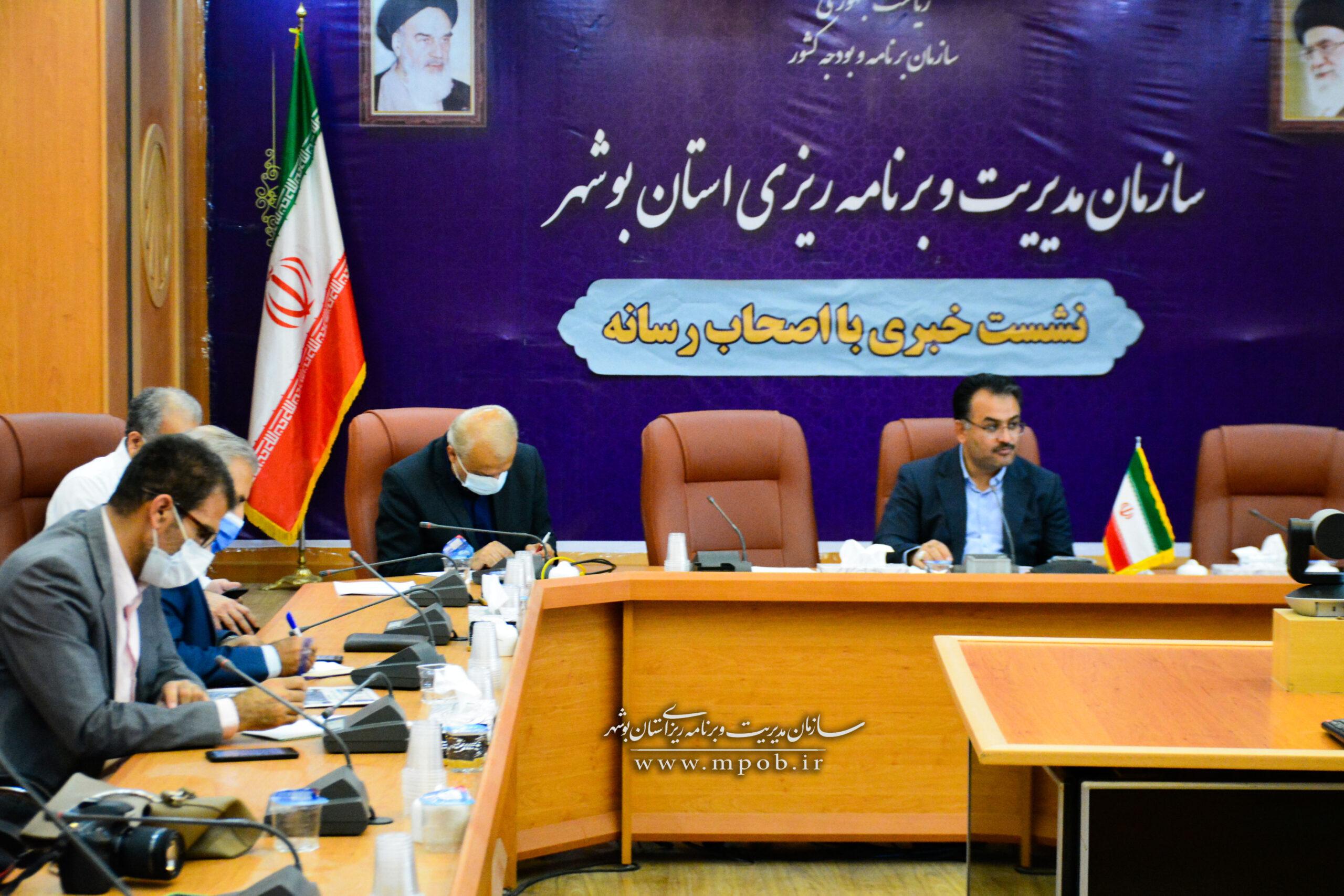 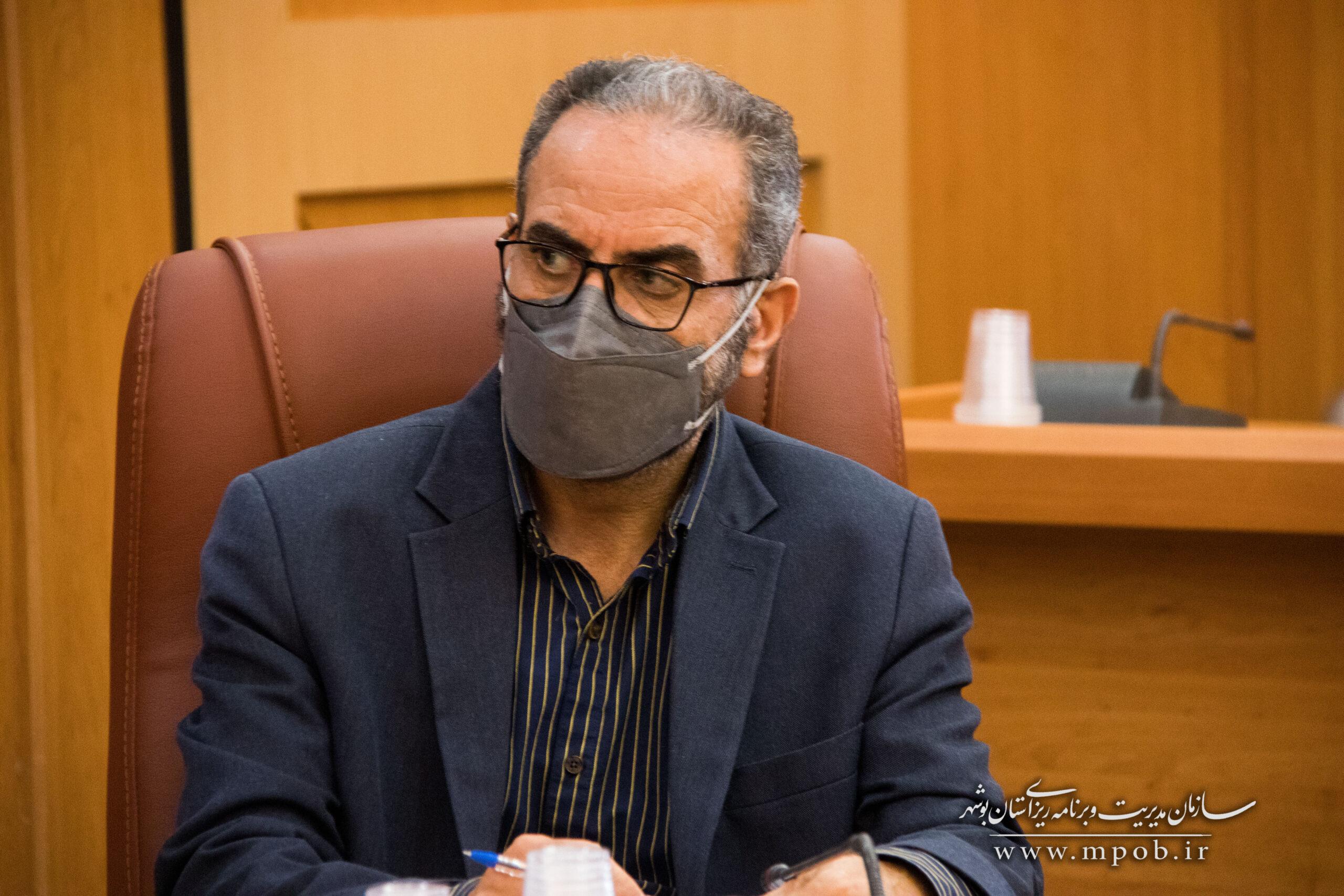 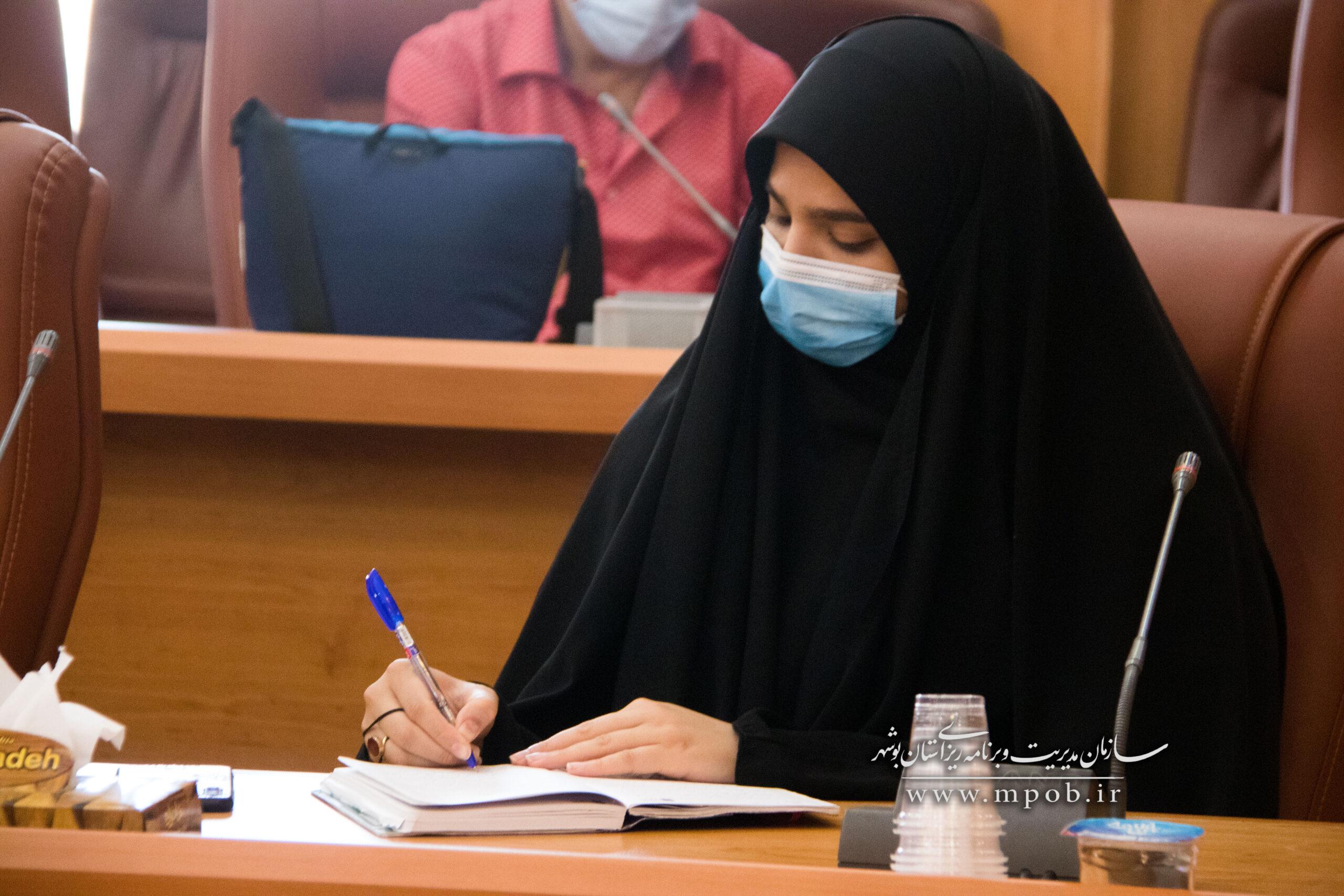 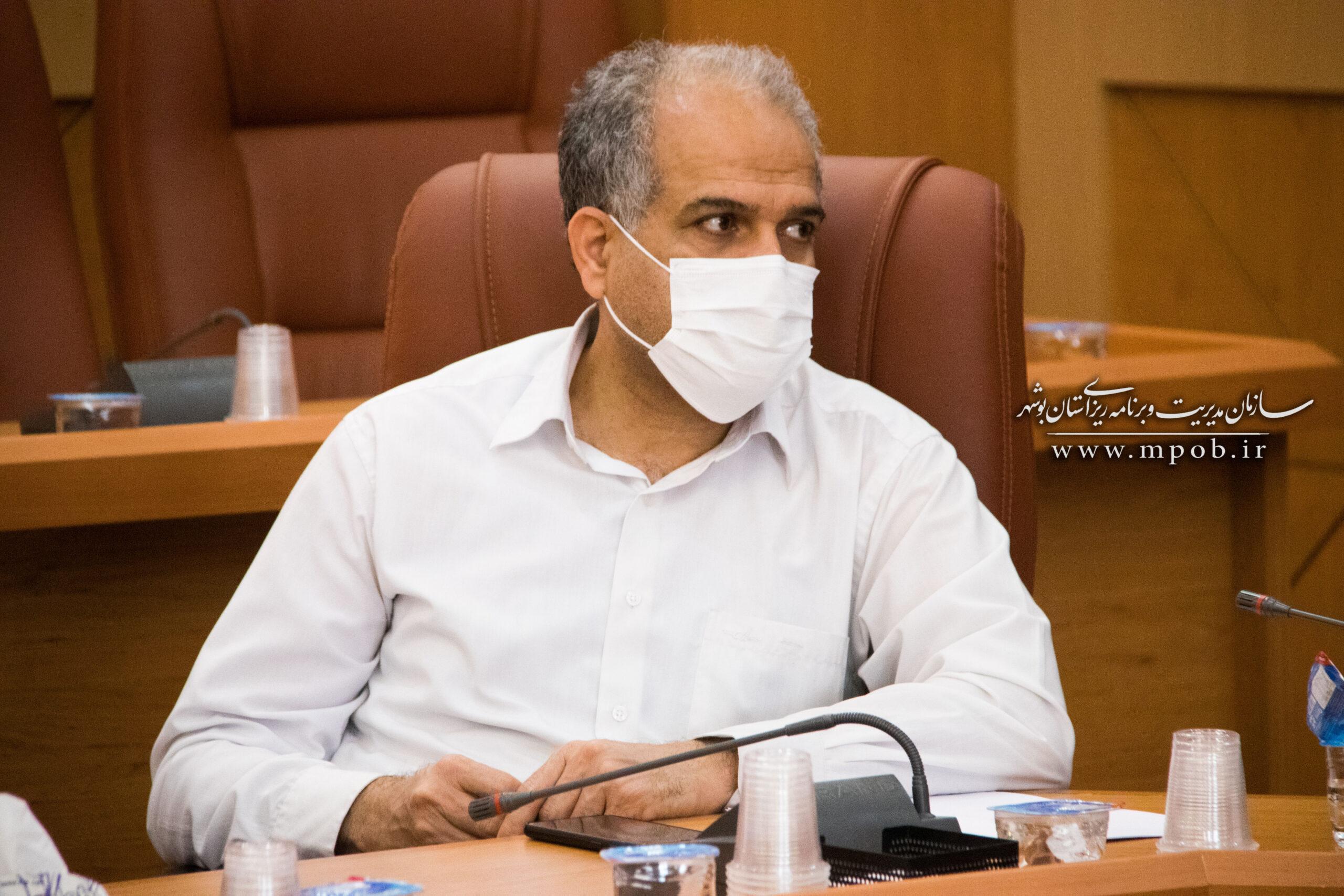 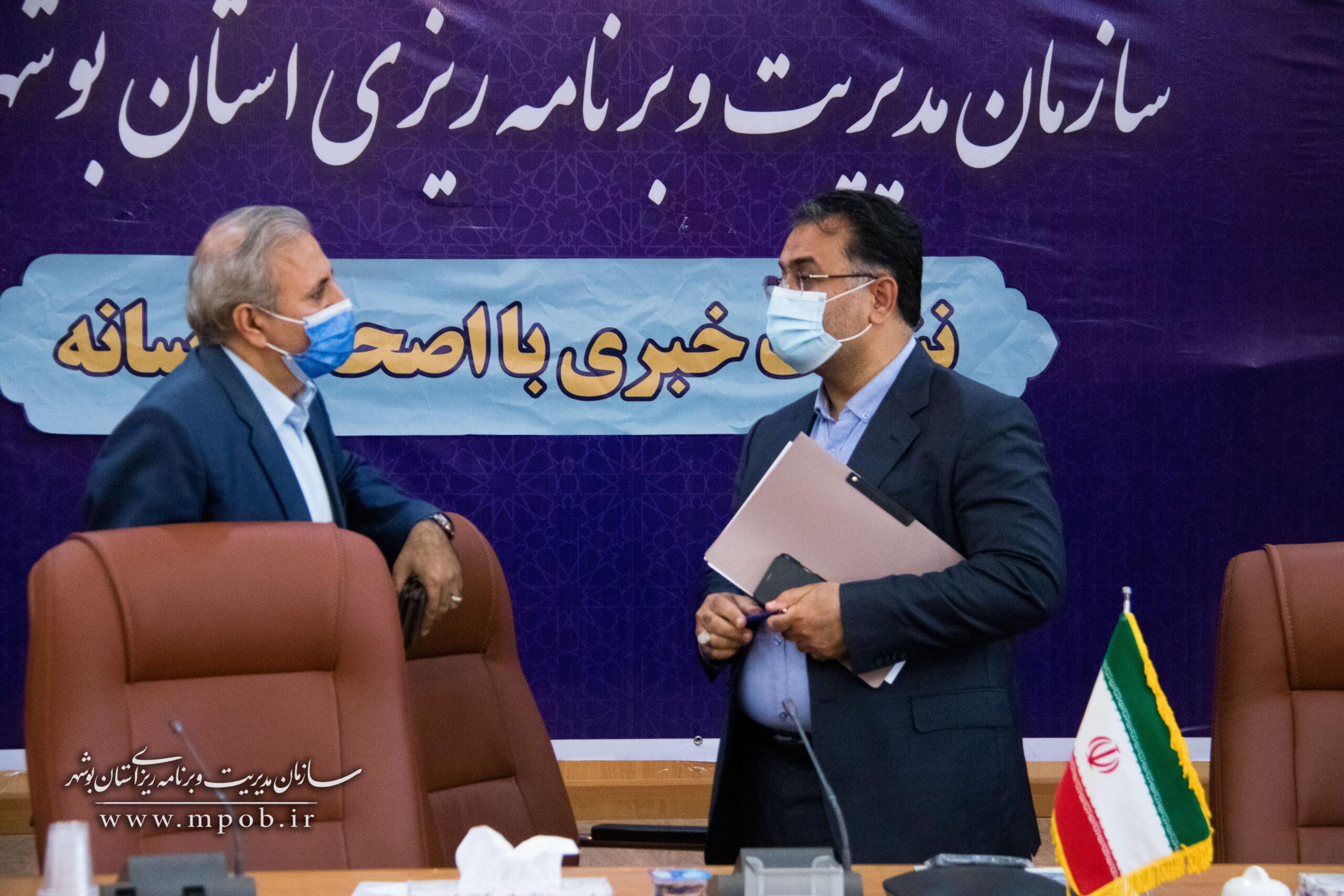 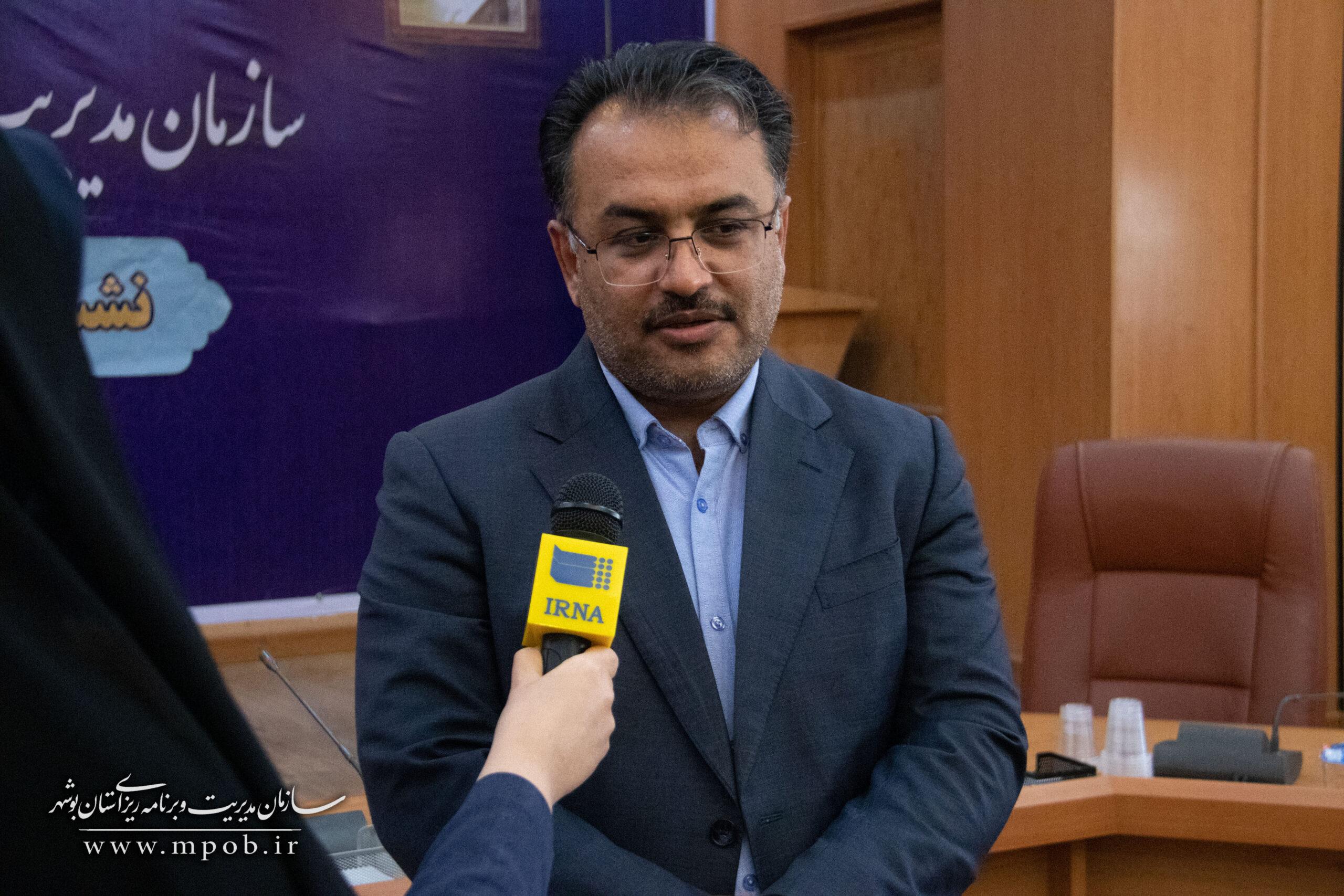 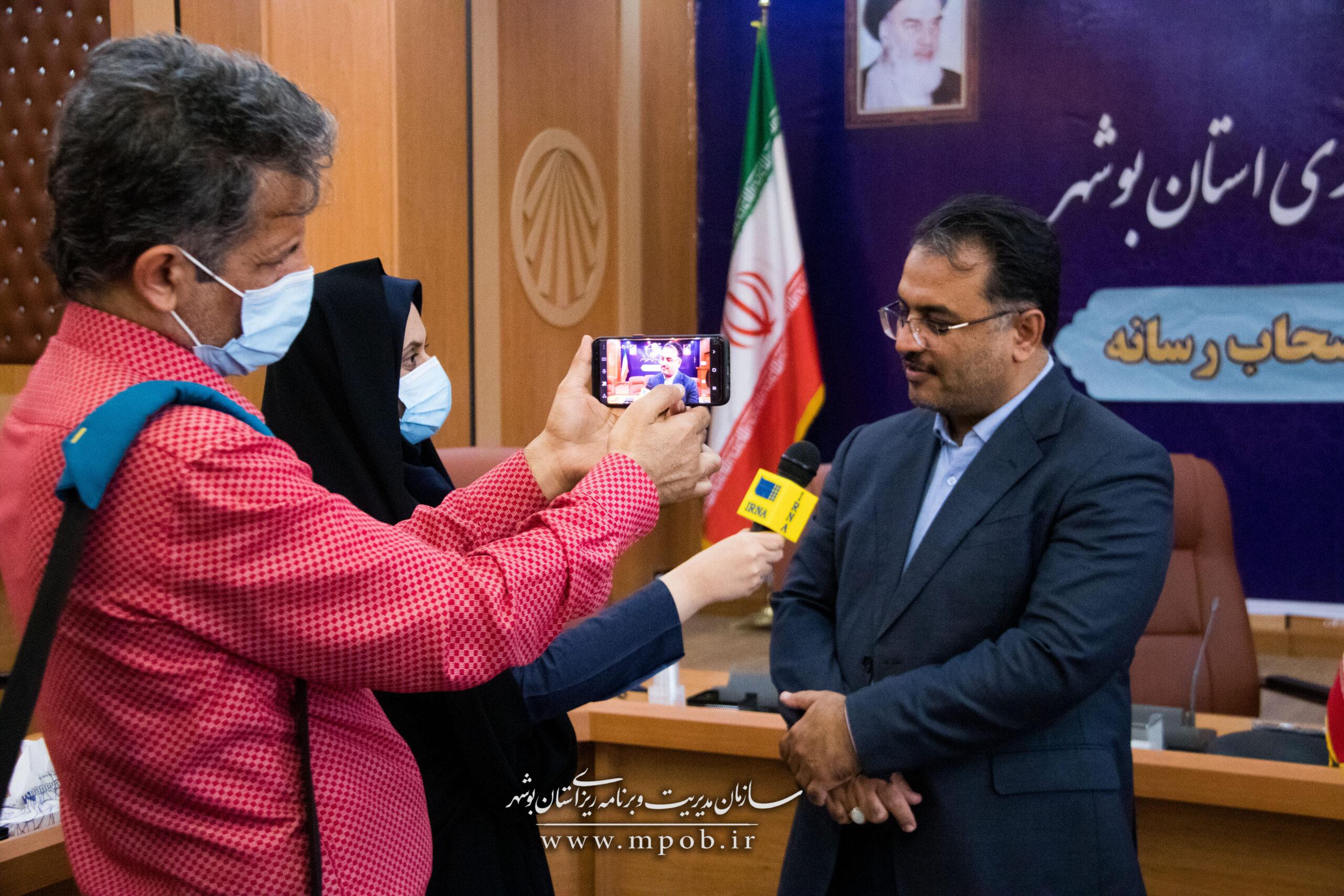 Allocation of 52% of credits of Bushehr province last year

The Deputy Director of Management and Planning Organization of Bushehr province announced the allocation of 52% of the credits of...

Congratulatory message from Dr. Darvishi, Head of the Management and Planning Organization of Bushehr Province, on the occasion of Judiciary Week

Payment of 14,000 billion rials in facilities for job creation in Bushehr province

Allocation of 52% of credits of Bushehr province last year

Congratulatory message from Dr. Darvishi, Head of the Management and Planning Organization of Bushehr Province, on the occasion of Judiciary Week

Payment of 14,000 billion rials in facilities for job creation in Bushehr province

Behind the scenes of cultural budget growth

Interview with Dr. Darvishi, Head of the Management and Planning Organization of Bushehr Province – Special Program of the Provincial Network – February 2022

Big surgery! What are the features of the first budget of the 13th government?